Throughout the nation, the nonprofit sector is being challenged to respond to the realities of COVID-19 by adapting to a "new normal." Join CCS Fundraising for a panel discussion to hear how organizations in Chicago are deepening personal relationships and advancing technology during ongoing uncertainty. 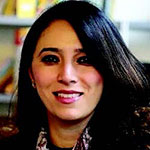 Lina Sergie Attar is a Syrian American architect and writer. She is founder and CEO of Karam Foundation. In 2007, Attar developed the vision of Karam, which means generosity in Arabic.

Karam Foundation is a nonprofit organization seeking to restore the dignity and quality of life for people affected by conflict by eliminating barriers to success through innovative education, entrepreneurial development, and community-driven aid. Guided by the aspirations of the people they serve, they pursue this mission with compassion, transparency, and generosity.

Since 2011, Lina has directed Karam in its focus on the Syrian humanitarian crisis: developing innovative education programs for Syrian refugee youth, distributing aid to Syrian refugee families, and funding projects initiated by Syrians for Syrians.

Attar is co-founder of the How Many More? project and serves on the board of directors of The Syria Campaign. Her articles and essays have appeared in the New York Times, the Chicago Tribune, Foreign Policy, Politico, and the Huffington Post. 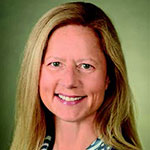 Connie Falcone joined the Foundation supporting Northwestern Memorial HealthCare as president in June 2017. Prior to joining the Northwestern team, Connie served as executive director of Cubs Charities and director of Community Affairs for the Chicago Cubs from 2011 to 2017, where she oversaw all development, philanthropic
and program initiatives for Cubs Charities, as well as player, alumni, and employee outreach. 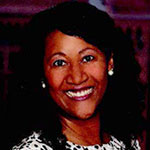 Dorri McWhorter became CEO of YWCA Metropolitan Chicago in 2013 and has embarked upon a journey to transform the 140-year-old social service agency to a 21st century social enterprise through expansion of digital services. Dorri led the process for the YWCA to develop an exchange traded fund (ETF) for women’s empowerment (NYSE: WOMN) and was included in the inaugural list of “The Blue Network”, comprised of the top 100 innovators in Chicago, by Chicago Tribune’s Blue Sky Innovation. Dorri is a 2019 Inductee in the Chicago Innovation Hall of Fame.

How would you respond if someone told you an algorithm could deepen the relationship between a donor and the nonprofit she supports? That technology could replace face-to-face interaction, which has been the crux of fundraising for decades, if not centuries? Former Google X engineer and chief business officer Mo Gawdat proposed that people can engineer apath to joy in his book, Solve for Happy. Is it so far-fetched to think that philanthropy and fundraising is not far behind, that algorithms might be able to help solve the intractable problems facing society?

The digital transformation has affected every aspect of life, including philanthropy. Technology has influenced fundraising, improving back office functions and the ease of segmenting emails to various audiences. It has expanded ways for people to give from online platforms to mobile apps. Technology may make measuring results with philanthropy easy with a focus on dollars raised, but is that the only way to measure generosity as James Hodge questions in his essay below?

How does one account for other acts of generosity such as contributions of time and talent? Moreover, is technology a replacement for or a complement to the hard work of relationship building in fundraising? How do we deepen relationships in fundraising in the digital age?