What does it mean to create a network of networks, bringing giving circle networks together to engage more donors and catalyze giving? As the number of giving circles continues to grow, what is the potential of this super network and how will technology help bring it to life? 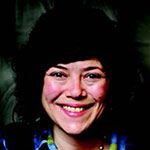 Elizabeth (Liz) Fisher is CEO of Amplifier, working to grow the movement of intentional, collaborative giving inspired by Jewish values. She envisions a world where everyone uses their resources for impact and is proud to call themselves a philanthropist. Liz comes to Amplifier from Repair the World, where she led the organization’s expansion, fundraising, communications, and operations.

Liz began her career in grassroots community development with University of Missouri Extension and has worked at NEXT: A Division of Birthright Israel Foundation, the Jewish Federation of St. Louis, UJA-Federation of New York, and The Jewish Education Project.

She’s a Schusterman Senior Fellow and a board member of B’Shert congregation. Liz loves talking about money, meaning, and Judaism; spending time with her husband and two children in Brooklyn, NY, and making regular pilgrimages to her home state of New Hampshire. 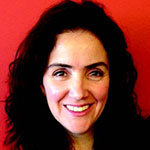 Sara Lomelin is the new executive director at Philanthropy Together, a national initiative to connect and catalyze the collective giving movement to diversify and democratize philanthropy. Sara is a key leader in the giving circle space having led the growth of the Latino Giving Circle Network as VP of Philanthropy at Latino Community Foundation, and has spoken about collective giving at over a dozen conferences here and abroad.

She is a powerhouse fundraiser (most recently as the Senior Director Leadership Philanthropy at the Opportunity Fund), a deep relationship builder and entrepreneurial strategist who ran her own business, and above all a firm believer in the power of collective giving to democratize and diversify philanthropy.

Sara graduated with honors from Universidad Iberoamericana in Mexico City and received her Administration and Management Certificate from Harvard University, where she also earned the prestigious Katie Y. F. Yang Prize. 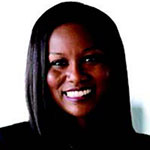 She impacts her community as an active member and leader of several community and professional organizations, including the Birmingham Change Fund, where she is a founding member and former chairperson.

Marsha is a native of Birmingham, Alabama and has a degree in mechanical engineering from Tennessee State University and a Master of Business Administration from the University of Alabama at Birmingham. Professionally, she has a diverse background in the electric utilities industry, which includes engineering, project management, and regulatory compliance.

Marsha currently resides in the greater Birmingham area. She enjoys reading and traveling. Her philanthropic belief is rooted in a quote by Francis of Assisi, “For it is in giving that we receive.”

Whether called a giving circle or a collective giving network, this model of engagement is at the forefront of community philanthropy. Often described as DIY (do-it-yourself) philanthropy, giving circles are groups of individuals who come together to pool their resources, and engage in collaborative grantmaking. Giving circles have grown exponentially in the last 10-15 years, with more than 1,600 identified in the US alone in 2017. Giving circles resonate with women; 70 percent of all groups report that the majority of their members are women.

Much of the growth in giving circles is occurring in groups formed around identity such as race, religion, or sexual orientation. For example, the Latino Community Foundation in California developed a strategy to grow the number of Latino giving circles throughout the state. The Latino Giving Circle Network has 22 circles and is adding more each year. Other examples of identity-based networks include Amplifier Giving in the Jewish community, the Community Investment Network in the African American community, and Philanos (formerly Catalist and the Women’s Collective Giving Grantmaking Network).

The leaders of these groups, along with a few other giving circle leaders and the input of more than 100 individuals, co-designed a network of networks, Philanthropy Together, which launched April 1, 2020, to grow the giving circle community.

Check out the websites of Amplifier Giving, the Community Investment Network, Philanos, and Philanthropy Together.