The risks and rewards of digital fundraising

Digital platforms have opened space for more voices in philanthropy, but questions remain about the impact of these platforms on both the donor and nonprofit experience. How does technology empower us to give? Does it make it more or less challenging to give—and fundraise—strategically? 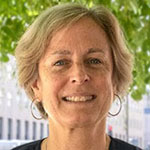 She has worn several hats since joining GlobalGiving in 2003, and is proud of having helped build a special and sustainable organization. Donna also serves on the board of the Washington Area Women’s Foundation.

The risks and rewards of digital fundraising

She previously was on the boards of Business for Social Responsibility, GlobalGivingUK, Water for People, and Women’s Funding Network.

During her first chapter, Donna was a senior executive of Fannie Mae having led business units as varied as strategic planning, negotiated transactions, international consulting, marketing, product development, and customer technology. She is a California native with a BS in Managerial Economics from UC Davis and lives in Maryland with her partner, Debbie, and four legged family members Dixon, Bodie, and Oliver. 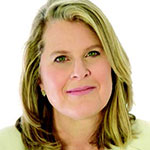 Jamie McDonald is a nationally known thinker and leader on social impact and movement building. Jamie serves as an advisor to socially motivated leaders at large companies, cutting edge startups, and nonprofits. Jamie is also the chief strategy officer for GivingTuesday, the global generosity movement.

In 2011, Jamie founded GiveCorps, a community building and online giving SaaS software platform that was acquired by Network for Good, the nation’s largest online charitable giving company, in 2015. Before becoming an entrepreneur, Jamie was a managing director at Deutsche Bank/Alex. Brown, where she enjoyed a 16-year career, and led several groups within investment banking, including the Private Equity Coverage Group, managing relationships with DB Alex. Brown’s private equity clients.

In 2015, Jamie was honored to speak to Giving Pledge members at the launch of American Philanthropy, the Smithsonian Museum of American History’s new permanent collection on philanthropy in the United States. She has also been featured in publications including The Wall Street Journal, the Huffington Post, The Chronicle of Philanthropy, the White House Social Innovation Blog, NTEN, The Baltimore Sun, and many others. She is featured in the recently released book, Women Make Great Leaders, by bestselling author Jill Griffin.

Many challenges populate the landscape, not only in philanthropy, as we grapple with an increasingly digital age. Women Give 2020 addresses three challenges from a donor perspective for philanthropy in the digital age—rethinking the definition of philanthropy itself, issues around curating organizations and building trust, and defining community. Is technology fulfilling its promise in philanthropy?

There are more questions than answers. Does technology empower us to give? Whom does it empower and is it empowering a more diverse community of donors? How has the rise of online giving affected donor engagement, loyalty, and retention? How are social and digital platforms addressing implicit bias while also making giving more accessible?

Data limitations and privacy issues around data are also challenges in understanding the digital fundraising landscape more fully. Although technology is ubiquitous, it is critical to remember that for fundraising it is still in adolescent stages.

DISCOVER research about technology and giving