Social worker turned social entrepreneur, Amany is the Co-Founder & COO a.k.a Team Swiss Army Knife at LaunchGood.com: A crowdfunding platform to support Muslims launching good all over the world by helping them raise funds for their projects, campaigns, and creative ideas. 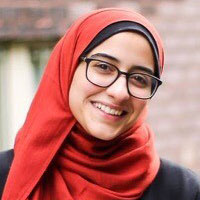 Since its inception, LaunchGood has raised over $100 million for over 8,000 projects impacting 130 countries. LaunchGood has been featured on major news channels including CNN, AlJazeera, NPR, NBC, and others. It has won the Ethical Finance Innovation Challenge award, received the Islamic Economy Award from the ruler of Dubai and invited by President Obama to the White House.