Sheryl is the executive director and co-founder of the Sisterhood of Salaam Shalom. In just a few years, under Sheryl’s leadership, the Sisterhood has grown into a movement, with members throughout the United States and Canada. 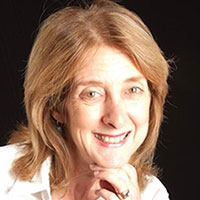 Sheryl combined her strong leadership, relationship-building, and organizational skills with her passion to rid the world of hate in starting this organization. Prior to becoming the executive director of the Sisterhood of Salaam Shalom, Sheryl was a marketing executive.

Sheryl is a frequently sought-after presenter and can be found teaching high school and university students around the world about interfaith relationship-building, presenting to women about the power of interfaith dialogue and engagement, visiting the chapters of the Sisterhood located around the country and Canada, or leading building bridges trips to locations of significant interest to Muslims and Jews.

She is a contributor to Huffington Post, Interfaith Observer, Religion News Service and The Forward. Sheryl is also a board member of the Muslim Jewish Advisory Council and was a 'Nominated Changemaker' at the 2016 White House Summit on the United State of Women and for the “Making a Difference Award” from the Russell Berrie Foundation.

She was recently honored as the “Women Who Do” by Hadassah, Raritan Valley. Sheryl is a recipient of the 2019 Jefferson Award for Public Service from the New Jersey governor. Sheryl is one of the proud winners, on behalf of the Sisterhood, of the 2019 UN/BMW Intercultural Innovations award.