Roslyn joined Texas Women’s Foundation as president and CEO in July 2011. A lifelong advocate for women and girls, she moved from a 25-year career as owner of a national marketing communications firm to leading the organization she had supported since its inception. 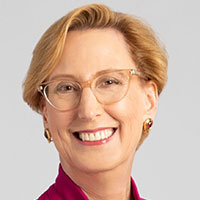 Under Roslyn’s leadership, the foundation has undertaken ambitious strategic initiatives to impact women’s economic security and women’s leadership. During her tenure, the foundation has increased its assets by more than 50 percent to $46 million, and its grants and programs benefiting women and girls by 140 percent to $6.3 million annually. In addition, Texas Women’s Foundation is now an acknowledged leader in the gender lens investing movement and has deployed 100 percent of its assets in a gendered impact portfolio that yields both financial returns and social benefits to women and girls.

Roslyn is a strong advocate and frequent speaker on women’s leadership, women’s philanthropy, gender equity, and the impact of gender lens investing on women’s empowerment. She is on the board of Tides, an international public charity; the Women’s Funding Network, the global association of women’s foundations; and the National Philanthropic Collaborative of Young Women’s Initiatives.

She also serves on several nonprofit boards in Texas, as well as on the advisory councils of Texas Woman’s University Institute for Women’s Leadership and the Dallas Mavericks. She has earned numerous honors for her work in inspiring social change and fostering equity for all women and girls.