Alia Whitney-Johnson is an experienced social entrepreneur with more than a decade of experience working with children who’ve endured trauma, sexual abuse, and exploitation. She is the co-founder and executive director of Freedom Forward, a nonprofit that is working to improve systems in San Francisco to make the commercial sexual exploitation of youth less likely and less harmful, and to ensure that youth who've experienced it have opportunities to thrive. 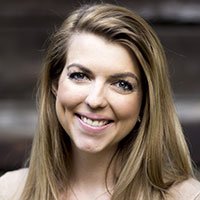 Through this role, she served as the co-chair of San Francisco’s Youth Trafficking Committee for the Mayor’s Task Force on Anti-Human Trafficking in 2017 and 2018, where she started the task force’s first Youth Advisory Board. Previously, Whitney-Johnson served as a consultant at McKinsey & Company and founded Emerge Global, a nonprofit that has equipped more than 1,000 teenage survivors of sexual abuse in Sri Lanka with business acumen, life skills, and financial capital.

She has served on several boards including the MIT Corporation (MIT’s board of trustees), SERES Global, Emerge Lanka Foundation, and ATHack!. Whitney-Johnson holds a B.S. in Civil and Environmental Engineering from the Massachusetts Institute of Technology and an MPhil in Development Studies from the University of Oxford, where she studied as a Rhodes Scholar.